During the months of April and May, NUSEA member programs hosted regional tournaments in Minneapolis, Toronto, and Harlem. Minneapolis’ Beyond Walls, the Bronx’s CitySquash, Philadelphia’s SquashSmarts, Urban Squash Toronto, Racquet Up Detroit and New Haven’s Squash Haven all left the spring tournaments with titles. 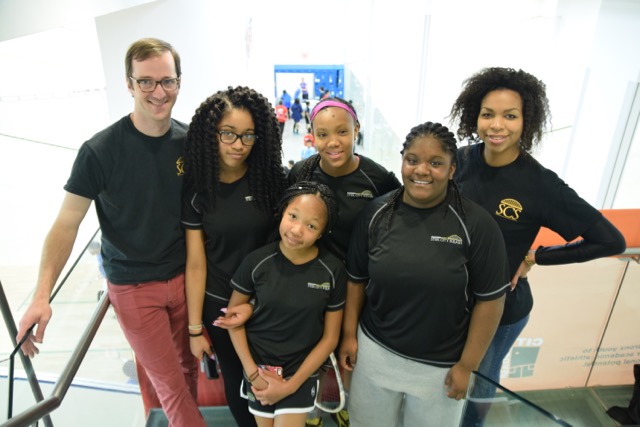 The inaugural tournament included a trip to the Mall of America, where the two programs met Friday evening before the tournament and enjoyed a meet-and-greet dinner. On Saturday, after match-play, the students got to know the University of Minnesota campus through a scavenger hunt designed by Beyond Walls staff members. “Arturo did a great job organizing and planning a really fun tournament. It was a fantastic opportunity for our students to visit a new place and compete with our fellow urban squashers,” said Assistant Squash and Wellness Director Charlie Merrill. “We will definitely be back next year to try and make run at defeating our hosts!.”

Over the weekend of May 14-15, Urban Squash Toronto hosted their annual Canuck Classic. The event was separated into two tournaments: a Saturday individual tournament and a Sunday team tournament. Urban Squash Toronto and Racquet Up Detroit students participated in the individual tournament on Saturday, along with a few UST supporters. Division A winner was UST student Husam Shallo, UST student Firdaus Shallo took the B division, and the division C champion was Racquet Up student Angelina Aleman. Sunday’s team tournament was won by a mixed-program team consisting of UST students Bjorn Bartley, Christopher Cassamajor, Joel Boadi-Boatang, and Racquet Up students Shamia Hunter, Irving Bailey, and Lauren James.

Racquet Up Detroit students had the opportunity to chat and play with former world #1 Jonathon Power. They were also treated to dinner at a private squash club owned by UST’s chairman, Clive Caldwell. “The event is often a highlight of the year for many of our students,” said Racquet Up Detroit’s Squash Coordinator, Rosemary O’Connor, “The match play was great as always and our kids were constantly on court. They each played many matches while making new friends from UST.”

On May 21, eighty-four students from six programs gathered at StreetSquash Harlem for a U13 and U15 tournament. The visiting participants came from Steel City in Pittsburgh, StreetSquash Newark, SquashSmarts in Philadelphia, Squash Haven in New Haven, and CitySquash in the Bronx. After 7-hours of intensive match-play, four winners emerged: Giselle Ciriaco from CitySquash won the GU13 division, Katherine Burgos from SquashSmarts won the GU15 title against her teammate Maliah Santos, Abdirashid Mohammed won the BU13 championship against his Squash Haven teammate Alexander Navarro, and Mohammed Hoque from Squash Haven won the BU15 title. 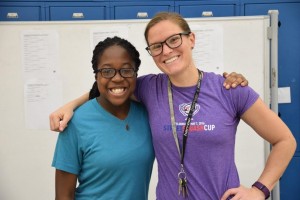 StreetSquash’s Senior Squash Director Katie Siegel organized the program’s debut regional tournament. “I enjoyed how much fun all of the kids were having and the leadership experience gained by all our kids who were helping run the tournament,” said Siegel, making reference to students such as 9th grader Cerina Shippey, who helped manage the tournament.

The tournament also provided a chance for dedicated students come out and compete using their skills gained in practice. “I like coming because I get to challenge myself,” said CitySquash 7th grader Fatima Hernandez. “I know what I have to improve on and what I’m really good at. I like to come because I like to play squash a lot,” she said with growing enthusiasm. “Squash is something that I’m really passionate about. My friends ask me what I do for fun, and I say ‘play squash!.’”

The StreetSquash Invitational was the last regional tournament of the season before Urban Individual Nationals, where students will come together to play squash and support their friends through a weekend of tough competition on the campuses of Williams and Amherst.