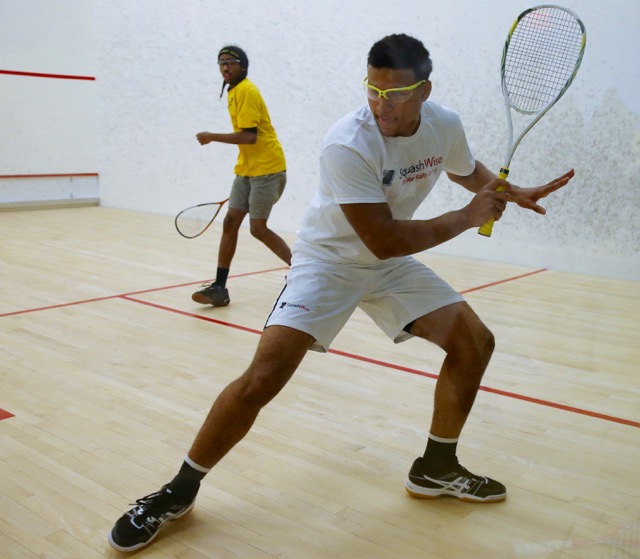 Over the weekend of January 16-17, the 13th Urban Team Nationals brought 430 students to Boston, the tournament’s inaugural host city and the birthplace of urban squash. Connecticut’s Squash Haven again edged out New York’s CitySquash in claiming the most urban national titles in recent years, winning three of the eight A divisions. CitySquash won two A draws, and San Diego’s Access Youth Academy, StreetSquash Harlem and Boston’s SquashBusters each won a title. Reflecting urban squash’s focus on education, the weekend also included an essay-writing contest for each age division, and for the first time a group of boarding school and college representatives attended the event as part of the event’s boarding school and college fairs. 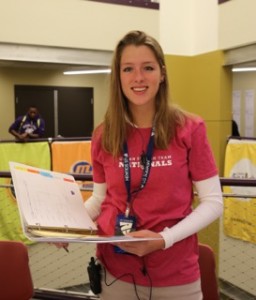 A record 18 urban squash programs sent teams to the tournament, which was jointly hosted by Harvard University and Northeastern University’s Badger and Rosen SquashBusters Facility. US Squash oversaw the competition that included 133 team matches, and over 650 individual match-ups, while a group of 15 urban squash alumni worked alongside US Squash and NUSEA staff to run the event.

In the BU17 title match, SquashBusters fought hard against Squash Haven, winning 3-2. The final match between SquashBusters’ No. 1 Matthew Nwaford and Squash Haven’s No. 1 Md Jawad brought together an enthusiastic crowd that was the largest of the weekend. The two battled it out to five, but Nwarford held his weekend’s undefeated streak, winning the fifth game 11-8. “In my seven years of coaching for Squash Haven, that was probably one of the most competitive matches I have ever seen,” reported Squash Haven’s Squash Director John Dewitt. “It was a tightly contested match that could have gone either way. In the end, Matthew was just slightly more consistent than Jawad in his shot selection and was just slightly better at coping with the pressure of having everything come down to his match.”

This year’s tournament brought new faces into the mix. Cincinnati Squash Academy, Steel City Squash, and our newest member program, Chucktown Squash, all flew to Boston for the competition. Steel City brought a GU13 and BU13 team, Cincinnati Squash Academy came with a BU13 team, and Chucktown Squash came with their BU17 team. Another new presence at the tournament included women’s squash World No. 8 Amanda Sobhy, who came fresh off of her captivating result as the finalist at the Tournament of Champions. Sobhy attended Urban Team Nationals to support her SquashBusters mentee at Northeastern. 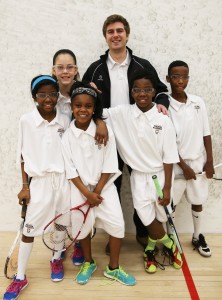 As with all urban squash tournaments, there was as much emphasis on the importance of sportsmanship and team spirit as anything else. “I was particularly impressed with the great sportsmanship demonstrated during the weekend,” said Access Youth Academy’s Executive Director Renato Paiva. “Urban squash players are raising their level and I can see many of them climbing the US Squash rankings in the near future.”

Urban Team Nationals rotates every year between New York, Boston, and Philadelphia. Next year’s location will Philadelphia, home of SquashSmarts.