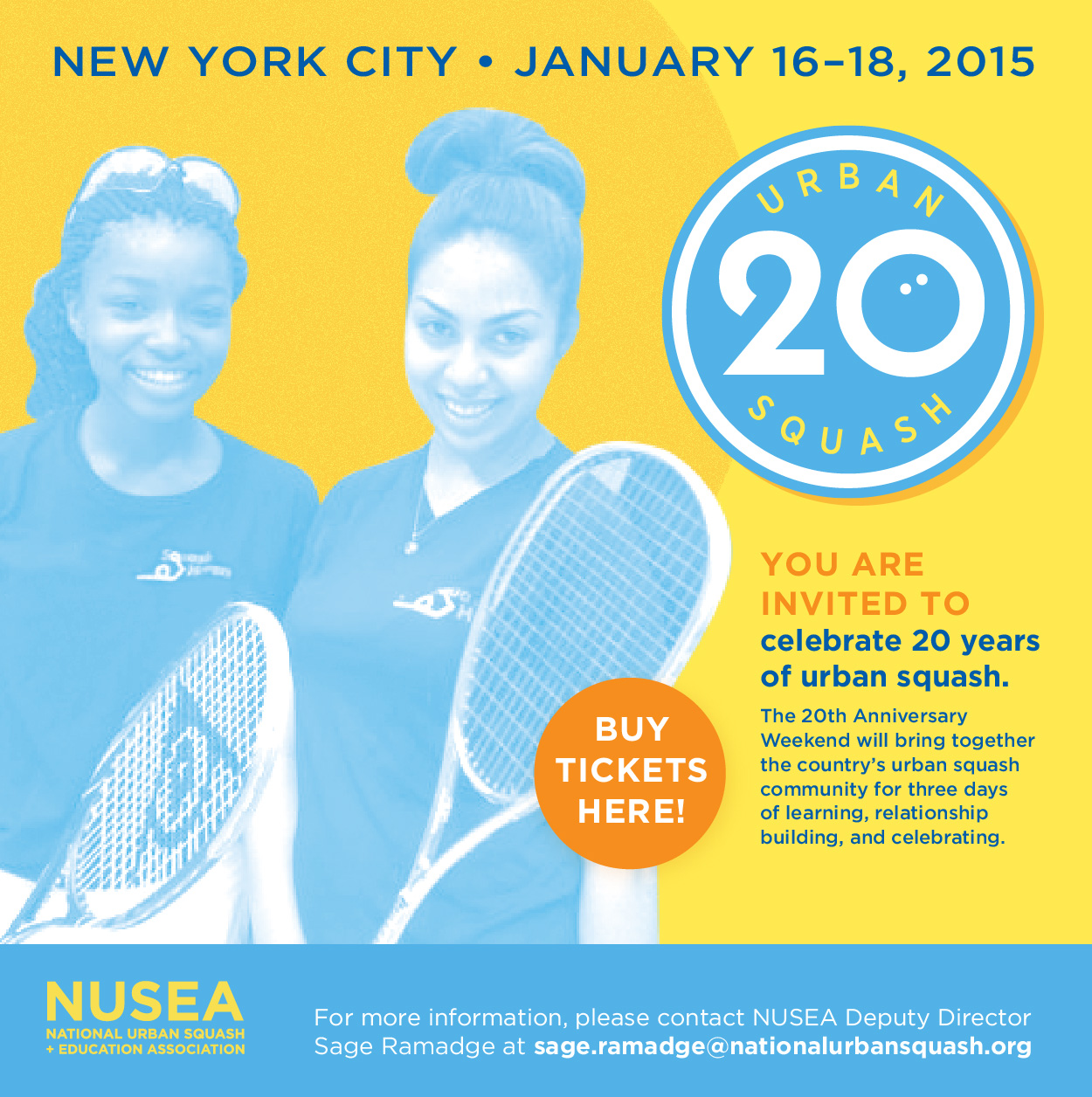 Urban Squash Leadership Conference
Friday, January 16
The Leadership Conference will feature a full day of presentations, panel discussions and meetings at the University Club for the staff, board members and supporters of urban squash as well as leaders in the education, foundation and nonprofit communities.

20th Anniversary Gala Dinner
Saturday, January 17
The 20th Anniversary Gala dinner, which will take place at 583 Park Avenue, will honor the achievements of urban squash and the individuals and organizations that have led the movement over the past two decades. The dinner will end at 9:30pm, at which time an after-party will begin.

The University Club of New York, 1 West 54th Street at 5th Avenue, will be the base of operations for the 20th Anniversary Weekend, and activities and meetings there will include meals.