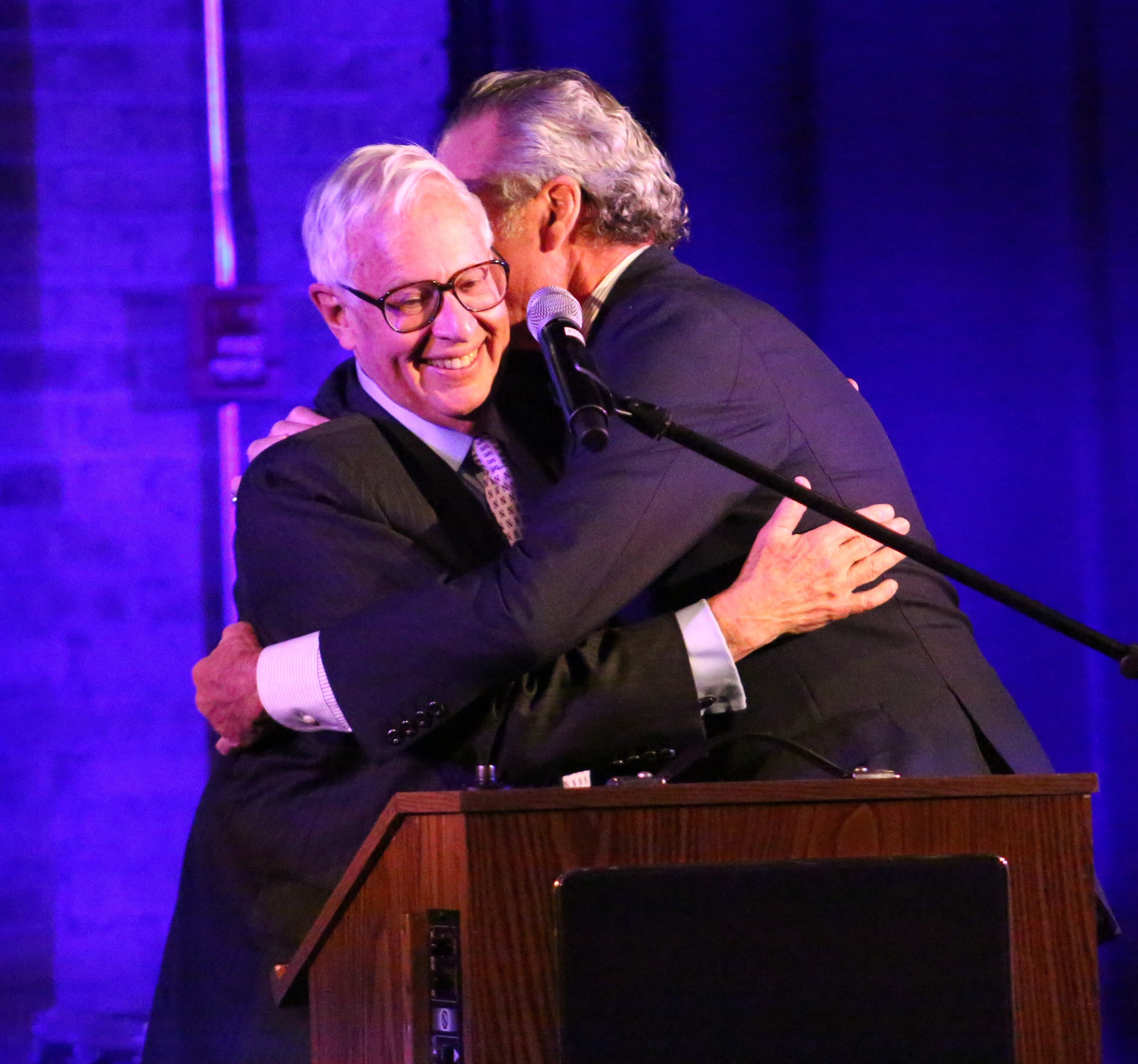 When the MetroSquash Academic and Squash Center first opened its doors in the spring of 2015, Executive Director David Kay knew that it would be a game-changer for the program. Operating in the Woodlawn neighborhood on the South Side of Chicago, the 21,000 square foot building is the largest of its kind in the Midwest and has seven singles courts, one doubles court, four classrooms, office space, locker rooms, and a parent lounge. Two years after breaking ground, MetroSquash has reached another significant achievement, receiving two major leadership gifts totaling $3.75 million. The genesis of the naming campaign began with Dan Dolan, a longtime board member and Co-Chair of the annual MetroSquash Gala. With Dolan’s leadership and the support from friends of Henry and Leigh Bienen, $1.25 million was raised to name the squash wing of the building in Henry and Leigh’s honor. “It gives me great pleasure to have our name linked with a wonderful Chicago institution – MetroSquash” reflected Henry Bienen, the President Emeritus of Northwestern University. “My wife and I care a great deal about education. That MetroSquash can assist thousands of young people over many years improve their studies, work focus and squash abilities is extremely important and gratifying to us.”

Following the momentum of the Bienen campaign, a $2.5 million gift was generously donated by Khurram and Sameera Hussain for the full facility’s naming rights – MetroSquash is proud to now call their home ‘The Hussain MetroSquash Center’. “Sameera and I were inspired to make the gift to MetroSquash to enable a greater number of dedicated Chicago youth to take the first step towards securing an education and ultimately a better life,” explained Khurram Hussain.

Kay announced these gifts at their October 19 MetroSquash Gala, and called them “a major milestone of the program, and the culmination of the hard work of so many MetroSquash constituents – students, parents, staff, board, and Chicago’s civic community.” SEA Executive Director Tim Wyant highlighted the impact of these donations. “These gifts will significantly strengthen MetroSquash’s ability to serve Chicago youth in the years to come” Wyant noted. “This is an inspiring moment for our movement.” 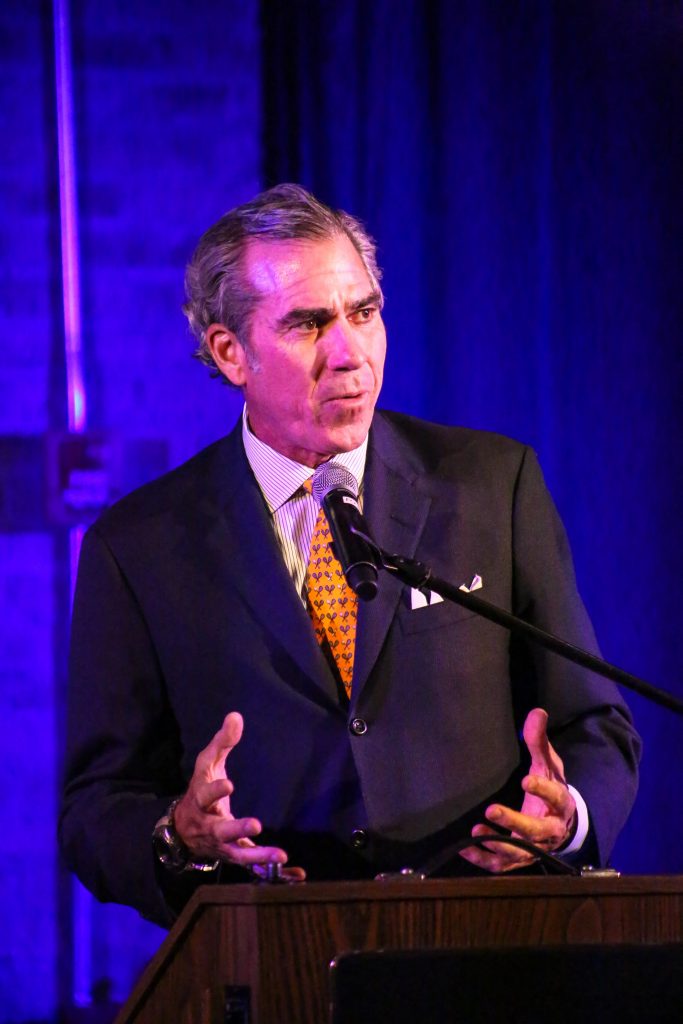 Dan Dolan at the MetroSquash Gala.

Dolan had the idea to name the squash wing after Henry and Leigh Bienen last spring, recognizing the opportunity to both raise significant funds for the program and highlight Henry and Leigh’s commitment to education and athletics. “Henry has been involved in MetroSquash since the very beginning, ” remarked Dolan. “I felt this was an appropriate time to try to use his many exceptional contacts to raise money for our cause.” Henry also serves on the board of MetroSquash and was previously the President of Northwestern University. Dolan took the idea and ran with it, approaching over twenty-five friends of the Bienens to contribute to the fund and resulting in the $1.25 million gift to name the squash center area after Henry and Leigh. 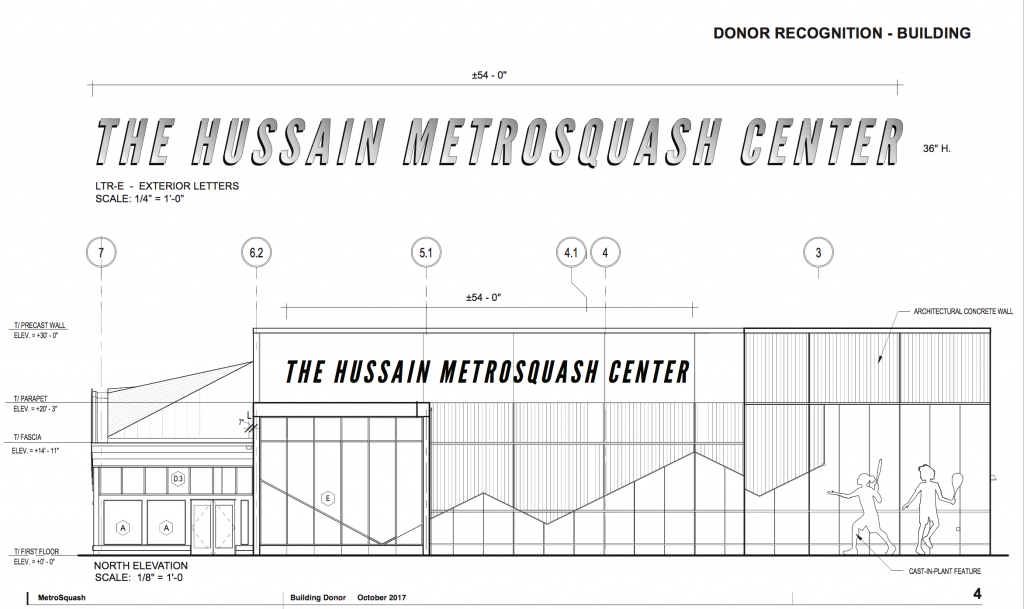 One of the possible building layouts for the Hussain MetroSquash Center.

Catalyzed by this successful campaign, MetroSquash Board Member Khurram Hussain  and his wife Sameera generously came forward to make MetroSquash history with a $2.5 million donation to name the center. The Hussains have been active in the Chicago squash community for a number of years. In fact, Hussain’s children intern during the summers at MetroSquash, helping to run its summer program for youth in the city. In honor of the family’s generous support, MetroSquash’s facility will now be named ‘The Hussain MetroSquash Center’. 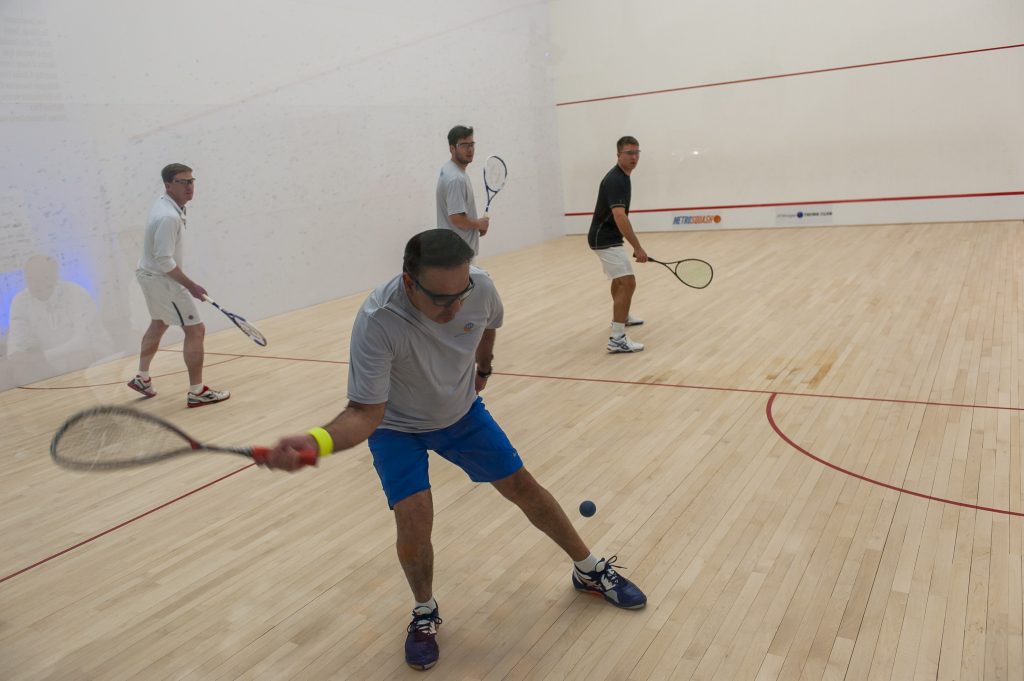 Khurram Hussain (pictured swinging) and his wife Sameera have been active in the Chicago squash community for years.

The announcement of these major gifts was made at the annual MetroSquash Gala on October 19, an evening reception that in itself raised $430,000 for the program, a Gala record. Kay is eager to note the incredible timing of these donations as MetroSquash recently graduated its first class of college students this past May, many of whom were able to attend and speak at the Gala. He proudly recognizes that since it’s inception in 2005, MetroSquash has come along way to reach this “tipping point”. “These milestones are all rooted in the program working and students succeeding,” Kay reflects, “and we are so proud that these gifts will allow us to continue the high-quality and transformative programming to future generations of MetroSquash students.” 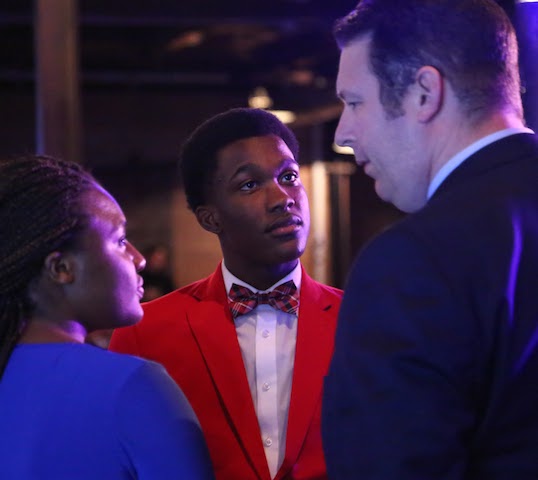