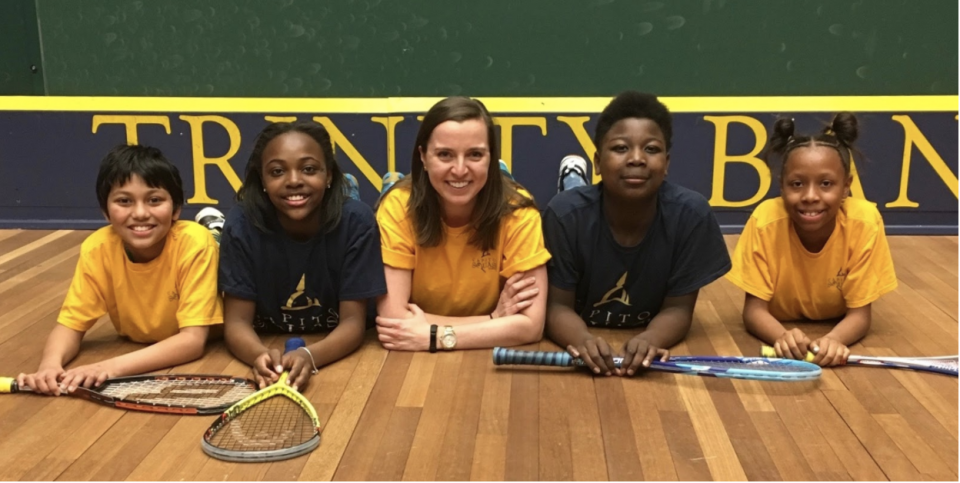 Now in her fourth year at Capitol Squash, Meg Taylor, was recognized in Connecticut Magazine’s “Class of 2018” to highlight the state’s high-achievers under the age of 40.

Last month, Capitol Squash’s Meg Taylor was named one of Connecticut’s 40 Under 40. “I’m certainly honored to be selected, and I’m in great company,” Taylor shared. “I think the most important thing is the visibility and credibility that this brings to the program. Capitol Squash is becoming a name in Connecticut; now people know us and recognize us and the work we’re doing in Hartford.”

Taylor hails from Glastonbury in the Greater Hartford area, and attended Vassar College in Poughkeepsie, New York. After graduating, Taylor joined Teach for America where she taught special education in an elementary school in Washington, D.C. while simultaneously earning a Masters in Education from George Mason University. Taylor has been at the helm of Capitol Squash since 2014, and has been instrumental in the program’s success. 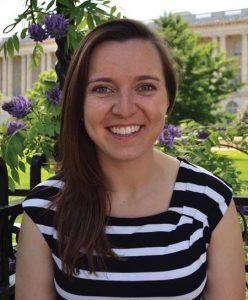 Taylor learned how to play squash on the Trinity courts before going to Vassar College, where she captained the women’s squash team.

Capitol Squash is based at Trinity College’s 10-court facility, and serves 44 students. The program currently works with participants in 4th-9th grades, and has plans to expand by one grade each year. “The most important thing is that we continue to grow and really change the lives of our students,” Taylor commented. “We aren’t going to stop until we feel like we’re making a significant impact on a large group of kids.”

David Kinsley, Capitol Squash’s board chair, continues to be impressed by the work Taylor is doing with the organization. “Meg is organized, shows attention to detail and has a high emotional intelligence,” Kinsley remarked. “She’s wise beyond her years. She has a big heart and gives her everything to the kids and the organization.  Truly we are fortunate that Meg landed as our Executive Director. Bottom line she’s making a big difference in many kids’ lives. The beauty of all this is that it seems like she’s just getting started both with the program and the impact she can make on people’s lives in Greater Hartford.”

Now in her fourth year with Capitol Squash, Taylor has some words of wisdom for those following in her footsteps. “In the first couple of years, really focus on making programming as high-quality as possible,” Taylor advised. “Once you do that, everything else will start to fall into place.” Taylor also identifies the network of people involved in the program as a major component of the organization’s success, as well as the importance of holding all parties accountable for their contributions to the work. As a final piece of the puzzle, she reminds everyone to focus on the students, “It is important to always remember why we’re doing the work,” Taylor reflected. “We are here for the kids, and that is what drives everyone’s passion for the program, and their willingness to do whatever it takes to make sure that Capitol Squash is successful.”