In 2007, Chicago’s MetroSquash welcomed its second class of 30 middle school students. A sixth grader from that class, Joseph Harris, is now a rising junior at Tufts University, and he was urban squash’s first attendee of the Hotchkiss School in Connecticut. During school breaks, Harris returns to MetroSquash to encourage current students, participate in college panels, and support his younger sister, a MetroSquash team member. “Joseph has overcome many obstacles and demonstrated exceptional resilience,” said MetroSquash Executive Director David Kay. “He is an exemplary MetroSquash student and we can’t wait to see what he does next.”

Joseph’s entry into urban squash had some initial speed bumps. In sixth grade, as many of his friends were joining MetroSquash, Harris moved to a neighborhood that was too far for him to join the program. “When we moved back to my old neighborhood in 2007, I was finally able to join and I became almost obsessed with it,” said Harris. He was hooked by the  challenges provided through each day of squash and academic sessions. “Although Joseph joined the program a year later than most of his peers, he was always a leader at MetroSquash,” said Max Laverty, a former MetroSquash squash coach who later became the Executive Director of Urban Squash Cleveland. “Through sheer will, effort, and persistence, he became one of the strongest players.” 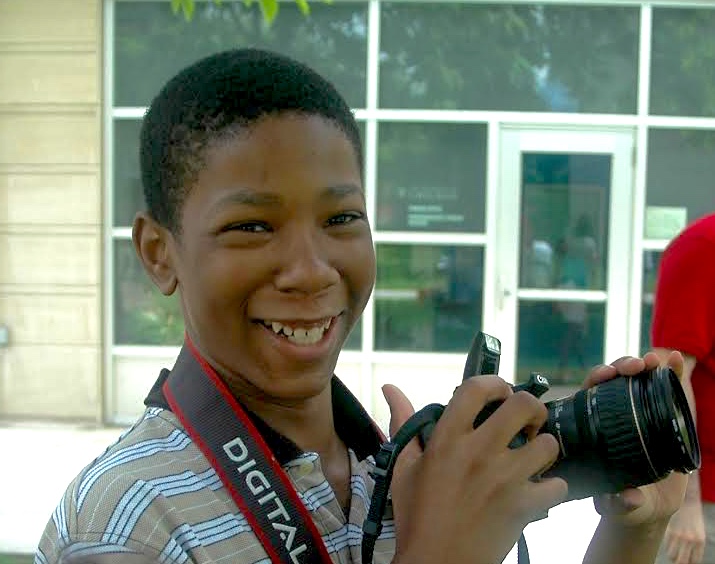 Sixth grader Joseph Harris in his first year at MetroSquash

Harris became enamored of the equal playing field squash presented. “You get what you put into it, and I was excited by the opportunity to excel,” said Harris. “The hardest part though, was having expectations of doing really well but understanding that things are a process. Learning discipline and mindfulness was difficult, but it became the most rewarding part of my experience.” Harris’ dedication to the rewards of hard work and discipline paid off.

In sixth grade, MetroSquash paired Harris with a mentor named Michael Bosch, who helped teach Harris the value and joy of learning through conversation. “He was one of the few students that consistently engaged adults in deep and meaningful conversations,” said Laverty. Harris’s love of intellectual discussion drove him to apply to Hotchkiss. When accepted, he couldn’t wait to get to know the hundreds of new people awaiting him on the campus.

After attending Hotchkiss, Harris spent a year at Hobart and William Smith College before transferring to Tufts University. At Tufts, Harris takes advantage of opportunities for academic and personal growth. Harris studies political science with a minor in computer science. He is also a member of Tuft’s club tennis team. When most of his peers are soundly sleeping, he co-hosts an 8:00AM Saturday radio show on Tufts Freedom Radio, 91.5WMFL. Harris engages in a multitude of topics and music, covering current events and music genres ranging from top 20 pop to R&B pop, old school pop, and house.

No matter how busy his life gets, Harris never forgets his home base. He often returns to MetroSquash to reconnect with the students and the program.  “As cliché as it sounds, it’s our home,” said Harris, whose mother’s and sister’s involvement with the program makes it all the more special. “We alumni go back all the time. We have panels where new college students will ask us questions about our experience. We always come back to try and remind MetroSquash how appreciative we are, and to make sure the younger students don’t forget that.”

“Although on paper, urban squash is about academics and squash, there is so much more to it,” said Harris. “It can become all-encompassing. Your program wants to see you do well in life.”