“It’s been a few weeks since we learned the good news of Brett and Quentin’s acceptances to the St. Paul’s School and I am still in awe of their tremendous accomplishment,” reflected SquashWise Program Director Matt Skarzynski. “As our first students attending a private school, planning to play varsity squash, Brett and Quentin have set a new path that I hope many of our other students will follow.”

Capitol Squash’s Academic Director Emily Chernick was also thrilled for her student trailblazers, who she’s worked closely with for the last three years. “I could not be more proud of Ku and Julissa and how hard they’ve worked throughout this entire process,” Chernick shared. “Both girls are very involved at Capitol Squash – they are peer mentors to our younger students and can often be found tutoring or volunteering during practice time. As much as I will miss them next year, I can’t wait to visit them at Taft and Ethel Walker and see all that they will accomplish in their next four years.” 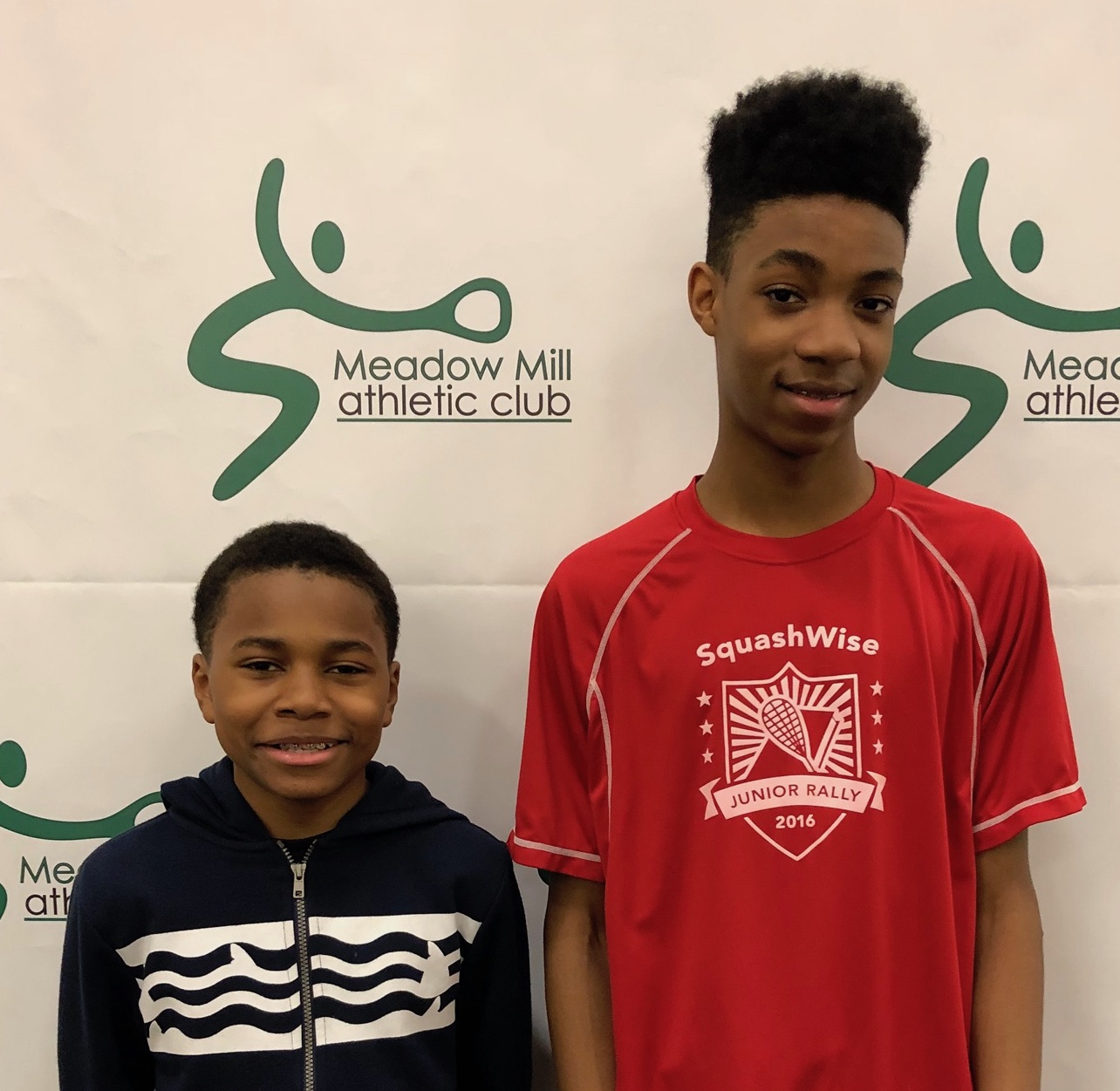 For Brett and Quentin, the path to St. Paul’s took commitment and teamwork. Brett was not originally identified by his middle school’s high school placement office at KIPP Ujima Village Academy to apply for private schools.  However, in working with SquashWise’s staff, Brett and his mother put in the hard work of applying to four of the area’s top high schools. Brett met and impressed private school coaches this past winter competing as SquashWise’s number one player on the ladder in the local middle school league.

Brett’s acceptance to private school aligns with his dedication to maximizing urban squash opportunities since joining SquashWise in the spring of his 5th grade year.  Since then, Brett attended The Lawrenceville School’s Summer Scholars program, joined a squash intensive training program at SquashWise through the support of the Kahlert Foundation, and earned a scholarship to Camp Dudley, a four-week sleepaway camp in upstate New York.

Quentin has been a member of SquashWise since the spring of his sixth grade year and is known at the program as an incredibly talented athlete who plays football and baseball on top of squash.  Quentin has participated in our annual Midwest Championships at Kenyon where he’s tapped into his personal mantra “heart over height” before matches. Quentin also has experience in his school’s chess club and is an active member of his church where he often does readings and performances. Quentin was accepted to four private schools, but ultimately chose to join his teammate at St. Paul’s.

For Capitol Squash’s two students headed to private school for the very first time, the process similarly took grit and determination. After two and a half years of visits, interviews, and applications, Ku and Julissa received full-tuition scholarships to attend The Ethel Walker School and The Taft School respectively, next fall.

Julissa was one of the first students to tryout and be accepted into Capitol Squash four years ago as a fifth grader. Since joining the program, Julissa has taken advantage of every opportunity offered to her. She is a member of the SEA High Performance Team and has attended Princeton Squash Camp and Taft’s Squash Camp for the last three summers. It was her exposure to Taft’s campus during the squash camp that inspired her to explore private school there. “After spending a week at Taft playing squash, Julissa became very vocal that she not only wanted to go to a private school but specifically wanted to go to Taft,” remembers Chernick. Four visits and an interview later, Julissa has reached her personal goal of attending Taft. Chernick beams, “Julissa is very shy, quiet and serious, and is rarely overly excited about something. During our final Taft visit, she was the happiest I’d ever seen her.”

Julissa’s teammate, Ku Paw is a refugee of Thailand who moved to the United States when she was in second grade without the ability to speak any English. Ku was determined to learn the language – she listened to audiobooks every chance she had and stayed after school with teachers for extra grammar practice.  By fourth grade, Ku could speak and understand English perfectly.

Ku discovered Capitol Squash in sixth grade and immediately stood out as a candidate for private school due to her work ethic and quickly improving squash ability. The winter of her seventh grade year, Ku and her teammates were invited by Ethel Walker coach Alan Leathers to tour the school and have a hit around with the team.  Ku loved meeting the girls, especially the two urban squash girls on the team from Squash Haven and CitySquash. It was after that visit that Ku and her family knew that private school was the best path forward.

The stories of these four urban squashers are inspiring, not only to their programs but to the greater urban squash community. We wish Brett, Quentin, Julissa, and Ku the best of luck in this new chapter of their education.