From July 12 to 23, 17 high school and college students from 12 cities took part in SEA’s 8th Citizenship Tour, meeting virtually with leaders in government, journalism, law, education, and the nonprofit sector. 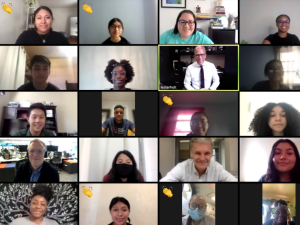 The participating students were selected for their academic achievement, intellectual curiosity, and civic engagement. In preparation for the Tour, students researched and presented on issues that they are passionate about, such as climate change, supporting veterans, and educational access. “We’re never too small to make a change,” reflected Diana of Squash Haven.

For Karolina from CitySquash, the highlight of the Tour was “getting the chance to challenge people in power and listen to them answer everyone’s powerful questions.” Katelyn, a Tour Counselor and alumna of Oakland’s SquashDrive, enjoyed “being able to meet young, bright individuals who all have a strong passion to better the world.”

“Being able to witness the students’ growth and seeing them shine during the speaker meetings was powerful,” reflected Leslie Cotrina, Squash Haven’s Teacher and Program Coordinator who helped lead the program. “My favorite moments were the times where students were able to open up and be vulnerable together in our spaces. Super proud of each and every one of them and can’t wait to see what they bring to our future!”

SEA is grateful to our speakers for sharing their time and stories and is proud of the ways our students engaged in meaningful and challenging discussion. “Our students ended each conversation inspired to keep working toward their ambitions and eager to advocate for issues they believe are important,” said SEA’s Director of Educational Programming and Partnerships Sonia Koopersmith.

For a full recap of the Tour meetings, check our our blog at seacitizenshiptour.org. 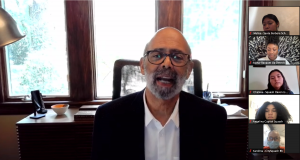 Dr. Michael Lomax, President and CEO of United Negro College Fund, spoke to our students about the value of HBCUs. Dr. Lomax also shared inspiring stories of growing up during the civil rights movement and marching with Dr. Martin Luther King, Jr. “I’ve been a witness to history and on occasion been involved in making history,” said Lomax. 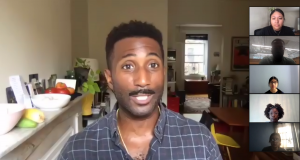 We welcomed New York Times Critic Wesley Morris to the Tour for the first time this year. Morris, who received the 2021 Pulitzer Prize for his work on race and culture, spoke about “the ways in which art and popular culture shape our values.” 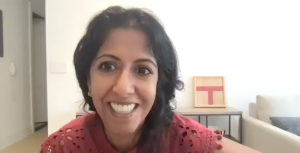 New York Times Opinion Editor Meeta Agrawal spoke to students about her journalism career and the unique perspectives she brings to her work.“The way that I see the world and the things that I find interesting are different than some of my colleagues,” said Agrawal. 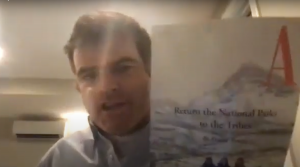 National Editor at The Atlantic Scott Stossel spoke to our students about the magazine’s abolitionist roots, accountability in journalism, and his best-selling book “My Age of Anxiety: Fear, Hope, Dread, and the Search for Peace of Mind.” 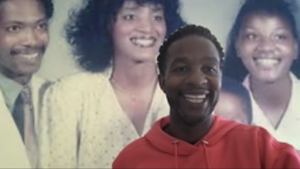 “You all have given me so much courage to keep pushing,” Former NFL Player Wade Davis told our group. Davis is an activist, public speaker, and currently serves as the Vice President of Inclusion Strategy for Product at Netflix. 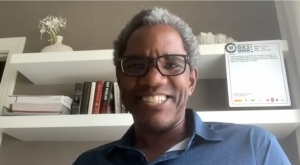 SEA Board Member Keith Wofford, who has practiced law for more than 25 years, spoke with our students about his 2018 run for New York Attorney General, his perspectives on education, his ties to SEA, and more. “Don’t be afraid to have a position because it’s unpopular,” Wofford advised our group.