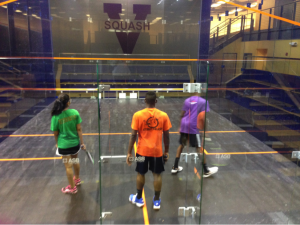 For the first time, the University of Virginia hosted 25 high school urban squashers for a four-day intensive squash camp in Charlottesville, VA. The UVA Squad was inspired by NUSEA’s similar partnerships with Deerfield Academy and Stanford University, which also held summer training camps for urban squash’s top players. This year 99 students participated in one of these three training camps, which provide top-level coaching and the opportunity for urban squash players from around the country to travel, train, and spend time together. 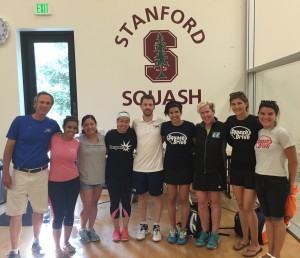 At squads, students endured intensive training. Players drilled together, did solo practice, and pushed through tough fitness sessions with the motivation of match play at the end. Players benefited from video analysis, allowing them to better understand strategy, technique, and their personal games. “It was awesome and intense,” said Caleb from CitySquash. “The coaches were incredible, informative and their instruction was great.” 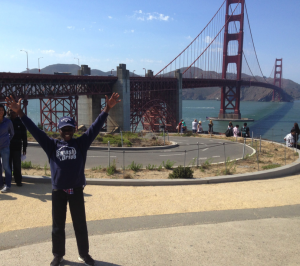 At Stanford, players also had an afternoon of sightseeing around San Francisco. Players walked the Golden Gate bridge, slalomed down Lombardi Street, walked wide-eyed around Pier 39, and ran around Crissy Field playing pick-up soccer. The players went to Ghirardelli Square, drooled on the chocolate and subsequently bought them.

43 students trained at the Deerfield Squad

By the end of each squad, players returned home exhausted from non-stop squash and fun. As Paola from Impact360 said about the Stanford Squad, “That squad was one of the best experiences of my life!”

Read NBC‘s coverage of the UVA squad and see more photos from the UVA, Stanford, and Deerfield squads!