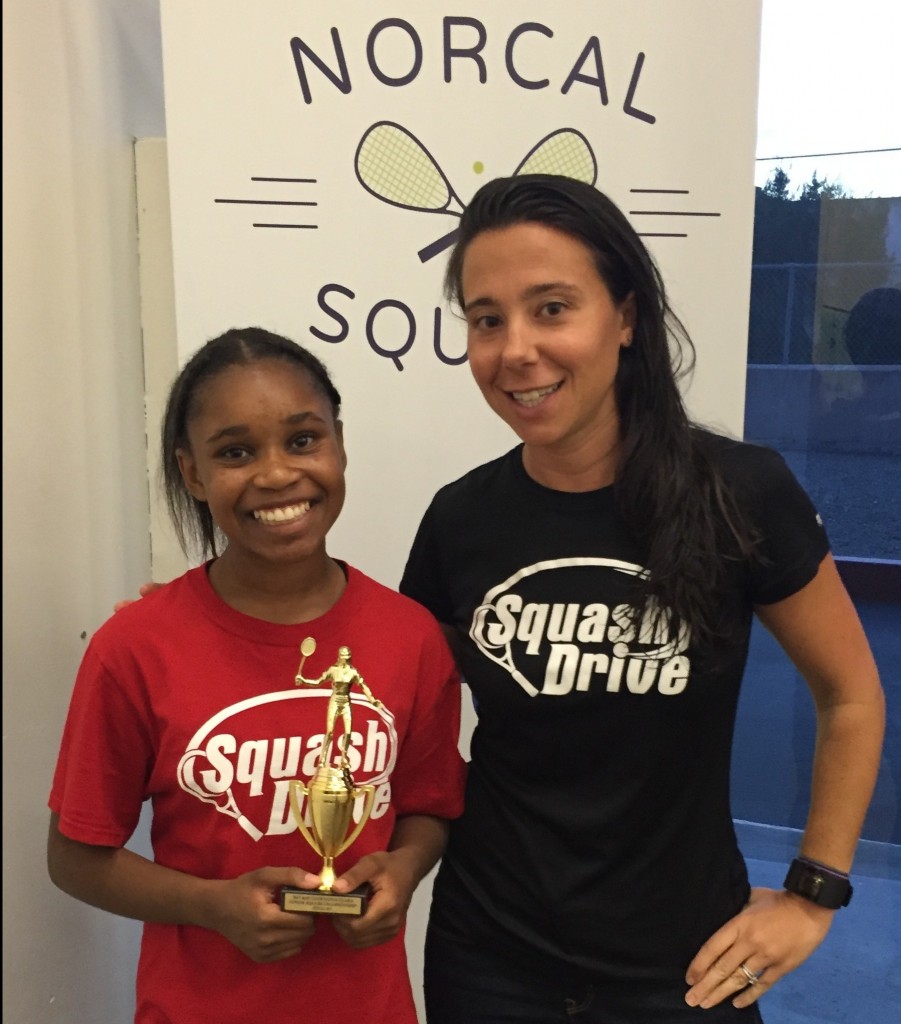 In 2010, Lauren Patrizio Xaba left a job in finance to found SquashDrive, NUSEA’s member program in Oakland, CA. With five staff members and a partnership with UC Berkeley, SquashDrive now serves 60 students from 4th to 9th grade. While Xaba is seeing her hard work pay off – SquashDrive received two $250,000 foundation grants for its academic program this year – she remains focused on bringing the organization to greater heights. For Xaba, the value of the urban squash model keeps her motivated. “The kids definitely get me up and going,” said Xaba. “Knowing we are making an impact and we are able to play such a role in their lives as mentors and a support system, that’s what drives me.”

While playing collegiate squash for the University of Pennsylvania, Xaba began volunteering for SquashSmarts. After moving to California to work at JP Morgan Chase, Xaba returned to Philadelphia for SquashSmarts’ ten-year anniversary celebration and was impressed by their work. When she returned to California, she changed career paths and founded the Oakland-based program. “My volunteer experience at Penn initiated my desire to do something I’m truly passionate about,” said Xaba. 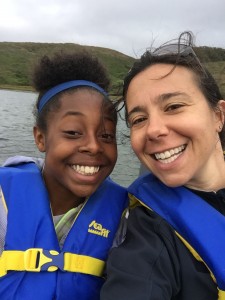 Xaba and 8th grader Shyuan on a boat in Tamales Bay,

“The biggest challenge was getting the main puzzle pieces together: getting the right school partnership, the right facility partnership, and the right board,” explained Xaba. Through her persistence, Xaba got all three. She secured a partnership with UC Berkeley, gained local schools’ help with recruitment, and through endless cups of coffee with supporters, developed a board of directors. Now, the program stands on solid ground. “SquashDrive crossed many thresholds this year,” said Board of Directors Chair Steve Seelbach. “We celebrated our 5th year in operation. We graduated our first class of 8th graders and completed our first round of high school applications with 100% acceptance into top area high schools.”

Yet in the program’s early moments of uncertainty, Xaba relied on her passion for spreading the game of squash and impacting youth. “The day that we had 100 kids on a blacktop and every kid got to hold a squash racquet and hit a ball against a wall, that in itself was exciting,” said Xaba. “When a parent said to me ‘you’re helping me so much with my child,’ that was incredible. But to have our first team and have them all come back after their first year was definitely the most rewarding piece.”

Xaba and her first SquashDrive class of students