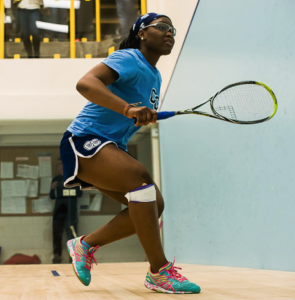 Mawa Ballo, a sophomore at Connecticut College, has competed at the #2 position this season. 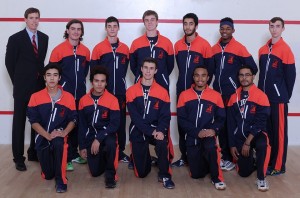 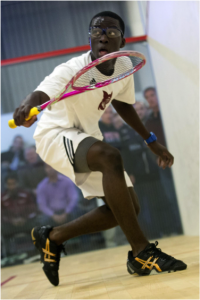 Darius Campbell, a junior at Bates, currently plays at the number three position.

The transition from high school to college can be challenging, as student-athletes adjust to the higher level demands of athletics and academics. It is easy to get swept up into the excitement of athletic competition, but Mawa Ballo, a StreetSquash alumna and sophomore at Connecticut College, explained “you have to realize that you are a student before an athlete.”

Collegiate squash is provide urban squashers leadership opportunities as well. This year two urban squash alumni serve as teams captains: Danny Cabrera, who received Hobart’s Dr. Frank P. Smith ‘36 Award for Leadership, and Raheem Logan. “To be a leader is to be consistent with your approach and actions whether the spotlight is on you or not,” said Logan. “I embraced my urban squash background with how I conducted myself and my play, and I was fortunate to get recognized for that.”