NUSEA Teams Up with Khelshala to Raise $80,000 for Urban Squash in India 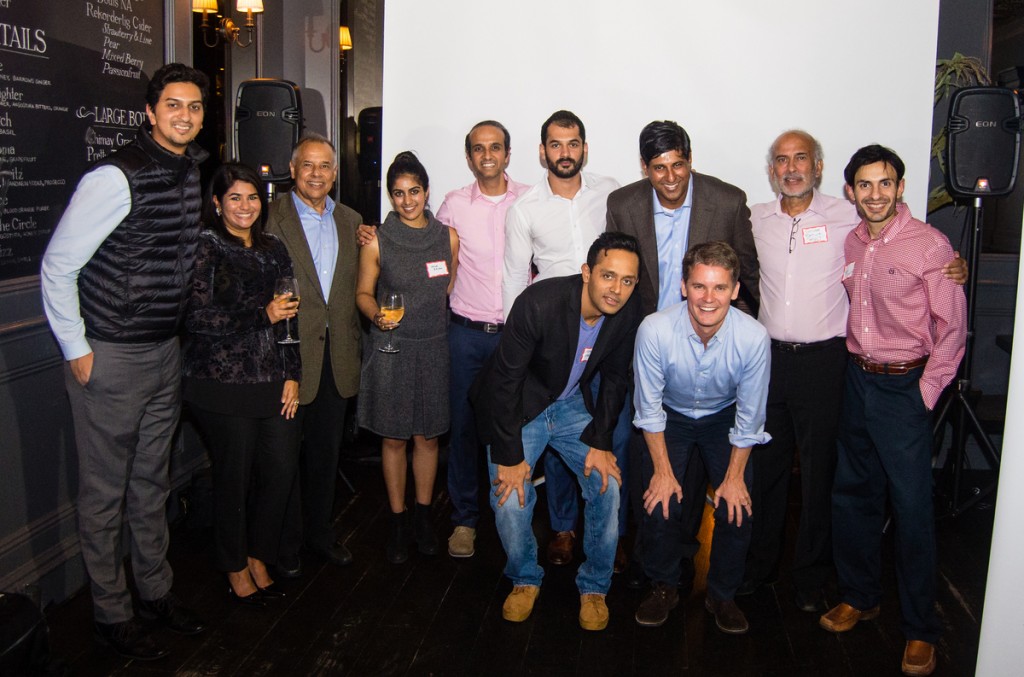 Committee members for Khelshala’s fundraiser in New York City, which was held on November 5th at Linen Hall in the East Village.

In 2009, Satinder Bajwa left his Harvard Squash head coach position to start the urban squash program Khelshala in Chandigarh, India. Khelshala, an international affiliate of NUSEA, provides over 60 students with academic support, mentoring, opportunities to travel, and instruction in squash, tennis and yoga. The events were held in Palo Alto, Boston, Greenwich, and New York. Palo Alto was hosted by Stanford coaches Richard Elliot and Mark Talbott, Boston by Chessin and Henny Gertler, Greenwich by Sonia and Adrian Kingshott, and Alexis and Cayre Michas hosted an event in New York. Through the generosity of many individuals, Khelshala raised over $80,000, an amount that will greatly impact Khelshala’s programming. More importantly, the pool of Khelshala’s American supporters grew. “I really want to build a direct link between Khelshala and its American supporters so that it feels like one big community,” said Gertler. 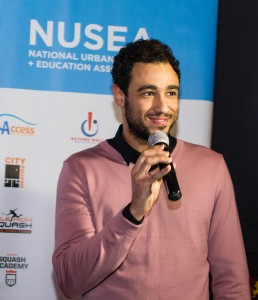 “Khelshala literally means ‘Place of Play,’” Bajwa explained to his Boston audience, gathered at the Ritz Carlton Residences. Khelshala gives children a place to be children as many of them act as family bread-winners outside of school. “Getting people excited and committed to contributing requires showing people that their involvement with financial contributions directly benefits the people in the organization,” Gertler said about focusing donors’ attention on the children in Chandigarh. 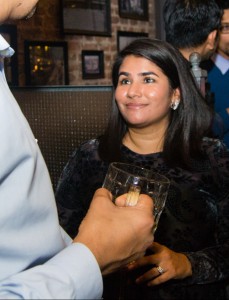 In New York, NUSEA co-hosted a larger Khelshala fundraiser at venue Linen Hall with honored guest Ramy Ashour, 2014’s Squash World Champion. Linen Hall filled up with 90 people eager to hear about Khelshala and bid on auction items donated by squash enthusiasts and legends alike, including Ramy Ashour current World No. 4, previous World No. 1 Jahangir Khan and current World No. 17 and India’s No. 1 Saurav Ghosal. At the end of the fundraising campaign, Khelshala had raised enough funds to exceed its annual expenses and increase the positive influence of the program. “If you really want your money to go far,” said SquashBusters founder Greg Zaff at the Boston event, “donate to Khelshala.” 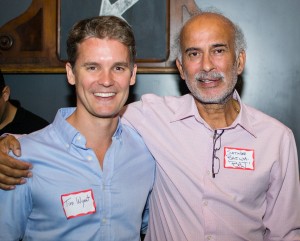 “I had total belief that an international affiliation with NUSEA would serve Khelshala well, however, the recent events held to benefit Khelshala this fall proved to be extraordinary to say the least,” said Bajwa after the New York City event. “In addition to the anticipated support from personal friends and former students, I was totally stunned by so many new faces and Indian-origin Americans stepping forward with open arms.” These events continue to represent the incredible generosity of our urban squash family and fuel hope and pride for the future of urban squash globally.

For more photos of the event, visit the Khelshala smugmug page!