SEA Welcomes Four New Members to Board of Directors

SEA is delighted to welcome Margaret Kent Edson, Adrian Grant, William Louis-Marie, and Busani Xaba to its Board of Directors, who bring expertise in philanthropy, higher education, youth development, and the squash community. “We’re so fortunate to have Margaret, Adrian, William, and Busani on our leadership team,” says Executive Director Tim Wyant. “Each brings a valuable perspective to SEA and I look forward to seeing the numerous ways in which they help to make our network stronger.” The new directors began their three-year terms on September 1st. 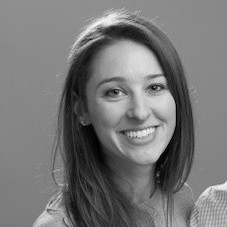 Margaret Kent Edson, who played varsity squash at Princeton, joins SEA with over a decade of experience working in the education, foundation, and nonprofit worlds, most notably spending eight years at the JPB Foundation, one of the nation’s largest grant-makers. “Over the years, in New York and around the country, I’ve watched the SEA network grow in size and impact,” she says. “I’m excited to help SEA continue to strengthen its unique academic and athletic model and bring it to new cities.” 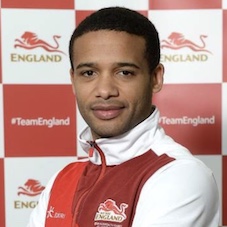 A squash professional, formerly ranked No. 9 in the world, Adrian Grant volunteers at Harlem’s StreetSquash. “Squash has not only given me opportunities, but friends around the world for life,” he says. “Being part of this life-changing movement and bringing the game to new communities is something I’m very passionate and proud to be a part of.” 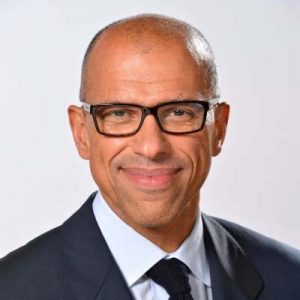 William Louis-Marie leads the World Squash Federation, the global governing body of the sport, and is the second member of SEA’s Board of Directors to reside outside the United States. “I had the chance to attend SEA’s 25th Anniversary in New York in January, and I was inspired to see so many people — from across the U.S. and abroad — gather together to renew their commitment to increasing access to squash and bringing opportunities and resources to communities where the sport has not traditionally been played,” he says. “The SEA movement is one of the most exciting and important things happening in the global squash community and the WSF is proud to work closely with SEA and US Squash to support the movement.” 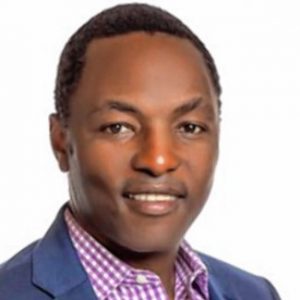 Busani Xaba is in his first year as head coach of the men’s and women’s varsity teams at Amherst College and has held various coaching and leadership positions throughout his career, most recently as the head squash professional at the University Club of San Francisco. His wife Lauren founded SEA’s Oakland-based program, SquashDrive, and served as its Executive Director for ten years. “It was inspiring to see the many ways in which SquashDrive made a difference in the lives of Oakland students and families,” he says. “I’m particularly proud of one of SEA’s five international affiliates – Egoli Squash – in South Africa where I have had the chance to personally volunteer. The SEA network has achieved so much over the past twenty-five years and there is still so much more that can be done. It is an honor to serve on the Board.”

SEA’s Board of Directors has 29 members and is chaired by Amrit Kanwal. “Margaret, Adrian, William, and Busani are fantastic assets to SEA and the Board,” says Kanwal. “I’m thrilled to have the opportunity to work with them and am grateful for their commitment to SEA.”

Margaret is a Special Projects Coordinator at Humane Education Advocates Reaching Teachers (HEART), an education nonprofit. Margaret spent eight years, most recently as Senior Investment Analyst, at the JPB Foundation, one of the largest grant-making foundations in the United States with over $4 billion in assets. Before joining JPB, Margaret was a Teach For America Corps Member and taught elementary school at Achievement First in Brooklyn. Margaret earned her B.A. at Princeton University, where she played varsity squash. She has received her M.Ed from Hunter College and her M.P.H. from Columbia University’s Mailman School of Public Health.

Adrian is a former world ranked squash player and runs AG Squash Academy in New York City. He reached a career-high ranking of No. 9 in the world in 2009 and has won 18 PSA tournaments, multiple World Team and European Team Championships, and a gold medal at the 2010 Commonwealth Games. Adrian coaches private and group sessions and coordinates national and international summer camps through AG Squash Academy. Adrian lives in Manhattan with his wife and daughter and volunteers for StreetSquash in Harlem.

William is the CEO of the World Squash Federation, the global governing body of the sport. Prior to joining WSF, he worked for the International Amateur Boxing Association (AIBA), most recently as Executive Director, and as the Director of Communications for the Baku 2015 European Games Organizing Committee. William began his career in sport in 1994 as the Communications Manager for Coca-Cola France, where he managed PR and Communication campaigns around the Olympic Games, the 1998 FIFA World Cup and the Tour de France. After living more than over four years in Lausanne, Switzerland, William now resides in Paris.

Busani is the head coach of the Amherst College women’s and men’s varsity squash teams. Previously, he was the Director of Squash and Athletics at the University Club of San Francisco. Prior to his time in San Francisco, Busani spent six years as an Assistant Coach for two top-10, nationally ranked programs at Dartmouth College and as the Head Coach of the Men’s Club Squash Team at the University of California, Berkeley.

A former national champion in his native Zimbabwe, Busani rose through the junior ranks during his playing career and helped the national team finish 15th overall at the Junior Men’s World Championships in 2000. He completed a two-year course in sports and recreation at Kingston Maurward College in Dorchester, England. Busani lives in Massachusetts with his wife Lauren, the founder of SEA’s Oakland member program SquashDrive, and their two children.