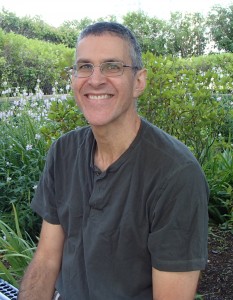 In the months leading up to SquashBusters’ launch, Greg Zaff was giving squash lessons at Harvard’s Hemingway Gym. One of his players was Alec Wysoker. “Alec wasn’t a very talkative guy, but was just a very honest, very good person, so one day, one lesson, we were sitting outside [the court] and I started telling him about SquashBusters. But I wasn’t sure this was going to be exactly his gig.” To this day, twenty years later, Alec stands on court once a week as a volunteer coach. He is urban squash’s longest serving volunteer.

Alec picked up squash in a college gym class. He loved the sport, and after a few years, made it a part of his regular routine. A software engineer at Broad, Alec worked with kids as a camp counselor at age 19 and is passionate about doing good in life. He is humble about his game and his role at SquashBusters. “I’m not a great squash player by any means. When I’m feeding in a drill, feeding consistently and accurately, that’s hard for me, that’s something I’m always trying to get better at.”

Alec became more confident in his new coaching role, stayed positive and focused on encouraging the students he worked with. As he noted, when learning new techniques, players must “get comfortable with the fact that they are going to fail, and every kid needs to learn that lesson. Somewhere along the line, they are learning how to learn.”

His commitment outshines the rest. As SquashBusters Squash Professional Ryan Thompson, said: “Alec epitomizes for our kids commitment, and that is the most powerful thing that he shows. By coming every Friday, he forges connections with kids just by being consistent and present. His commitment is unbelievable.” Greg Zaff marvels at his commitment as well. “Through all the changes, and all the students, and all the turnover of staff, even me for a bit! I’ve left but Alec never left. He’s been at SquashBusters longer than I have.”

Urban squash programs exist because the people in their community show passion and commitment to the programs and their missions. We thank Alec for all of his hard work, positivity, time and commitment to SquashBusters and the urban squash community. He has taught everyone, including the adults, much more than squash.