Tim Boroughs is Elected SEA’s Next Board Chair 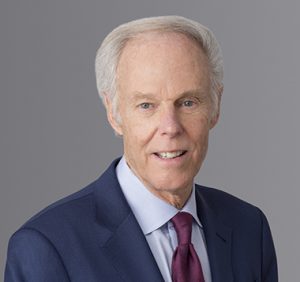 SEA is delighted to announce that Tim Boroughs has been elected Chair of the Board of Directors, effective September 1. A member of the Board since 2019, Boroughs chairs SEA’s Development & Communications Committee and, along with his wife Barbara, was a leading supporter of SEA’s 25th Anniversary Jubilee.

“We’re incredibly fortunate that Tim will be the next leader of SEA’s Board of Directors,” says Executive Director Tim Wyant. “SEA has ambitious goals for itself and our network in the coming years, and Tim is ideally suited to lead our Board in this dynamic period of growth. Tim’s competitiveness and focused leadership, combined with his passion for the SEA mission, will take our network to new heights.”

“SEA’s commitment to expanding access and opportunity through squash and education is inspiring, and I’m proud to be a part of it,” Boroughs says. “I’m excited to be stepping into the new role of Board Chair and look forward to helping SEA support more young people, strengthen its model, and grow the network.”

Boroughs grew up in a small town in northwest Indiana. His father worked in the local steel mill and he was one of six children. When Boroughs earned his B.S. with highest honors from Indiana University, he was the first member of his family to graduate from college.

Boroughs was introduced to squash in his twenties after moving from Chicago to New York. A few players from his pickup basketball games at the New York Athletic Club suggested that he try the racquet sport. Soon he was hooked. “I just loved hitting the ball.” He won the club’s novice tournament that year and went on to captain the club’s league teams. He traveled to Washington, D.C. and Boston for tournaments, and continued to play when he moved in 1991 to London. “In squash, you combine thought with motor skill, which helps with mental acuity. In a compacted time, you can get a great workout. And it’s a ton of fun.”

For Boroughs, squash has also been about people and community. Not long after Damien Mudge, an Australia native, arrived in New York two decades ago to be the squash professional at the University Club, the Boroughs’ house became Mudge’s home away from home.  “Tim and Barbara have been like family to me in the U.S.,” says Mudge, who recently retired as the most successful doubles professional in history. “Tim is one of the most stand up quality individuals you can come by. His level of integrity is the highest I’ve come across.”

“Tim is a true competitor in all of the best connotations of that word,” says SEA board member Paul Yablon, who played regularly with Boroughs in London. “He believes in fair competition in sports, business, and life. He is devoted to causes that level the playing field so that everyone can fulfill their potential.”

Tim and Barbara have two grown sons and live in Westport, CT. They are involved with numerous nonprofit organizations, including Yale School of Medicine and New York – Presbyterian/Columbia University Irving Medical Center. In addition to the SEA Board, Boroughs is a trustee of Orpheus Chamber Orchestra and studies and plays classical piano.

Boroughs will assume the role of Board Chair at a moment of strength in SEA’s development, succeeding Amrit Kanwal, who has served as Chair since 2016. Under Kanwal’s leadership, SEA’s membership has grown from 22 to 25 organizations, and enrollment in the U.S. has increased from 1,500 to more than 2,000 students. In January of 2020, SEA brought together 1,200 people from across the country and around the world to celebrate the network’s 25th anniversary, raising a record $3 million. During Kanwal’s tenure, SEA’s Board of Directors has nearly doubled in size, and representation among women and people of color has more than doubled.

“Tim is the perfect Board Chair to lead SEA through its next chapter,” says Kanwal. “He’s passionate, enthusiastic, and brings a wealth of experience to the network. It has been an incredible privilege to be a part of SEA these past five years and I’m excited to see SEA continue to grow and develop with Tim as Chair.”

Boroughs will be SEA’s third Board Chair. Before Kanwal assumed the leadership role in 2016, Bill Simon served as the organization’s inaugural Chair for eleven years, beginning in 2005. “I’m honored to follow in Bill and Amrit’s large footsteps,” says Boroughs. “I believe deeply in SEA’s mission and look forward to working with my colleagues on the Board, and SEA’s staff, to continue SEA’s important work.”

SEA is proud to welcome Robynne Chutkan, Jack Hellmann, and Sarah Robertson to the Board of Directors. “Robynne, Jack, and Sarah are terrific additions and bring a diverse set of experiences and strengths to the SEA Board,” says Chair Amrit Kanwal. “We are fortunate to have their leadership and support.” 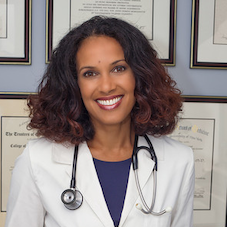 Robynne Chutkan is a gastroenterologist, best-selling author, and D.C. resident. Born and raised in Jamaica, Chutkan earned her B.S. at Yale University, where she played on the squash team, and completed her M.D. at Columbia College of Physicians and Surgeons. Chutkan is a longtime supporter of SEA’s Citizenship Tour and is co-chairing SEA’s effort to launch squash programs at historically Black colleges and universities.

“SEA gives me a platform to work on two things I’m passionate about: squash and democratizing access to quality education,” says Chutkan. “I took a 20 year squash hiatus and then started playing again a few years ago. I’m slower but more competitive than I was back in college, and if the knees weren’t so creaky, I’d happily play every single day. I’m particularly excited to be working on the SEA HBCU initiative, and have met so many wonderful and passionate people through those efforts.”

“Robynne is a dynamo,” says Tim Wyant, SEA’s Executive Director. “She brings to the Board an infectious enthusiasm for the game and a positive, can-do vision for how we can make the squash community more inclusive and the SEA network more successful.”

“Robynne is delightful to work with,” says SEA’s Director of Squash Edgardo Gonzalez. “Her passion for squash, combined with her experience as a college squash player and commitment to the SEA mission,  make her ideally suited to lead SEA’s initiative to bring squash to HBCUs.” 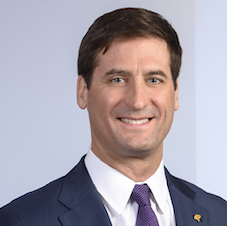 Jack Hellmann is the CEO of Genesee & Wyoming Inc., an operator of 116 freight railroads worldwide. He completed his B.A. at Princeton University, where he played on the squash team, earned an M.B.A. from The Wharton School, and completed an M.A. from Johns Hopkins School of Advanced International Studies. Hellmann lives in New Canaan, CT and is on the board of the effort to launch an SEA program in nearby Bridgeport.

“The opportunity to join an organization that has been so extraordinarily successful at changing lives through education and squash is a privilege,” says Hellmann. “And to be joining SEA at a moment in time when the depth and breadth of its organizational capabilities is at an inflection point is truly exciting.”

“While Jack has had an extraordinarily successful business career, it is his down-to-earth nature, kindness, enthusiasm, and love of family that distinguish him,” says David Kay, CEO of MetroSquash and SEA Board Member. “His can-do spirit and boundless energy will be a fantastic addition to the SEA Board.”

“Jack is a proven leader whose optimism is only matched by his strategic vision and operational know-how,” says Tim Wyant. “As we look to launch new programs across the country and beyond, we are especially fortunate to have Jack in our corner.” 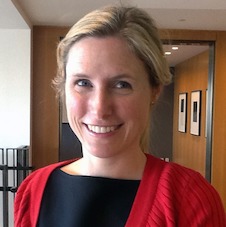 Sarah Robertson serves on the boards of the Environmental Defense Fund, the Robertson Foundation, and SEA member program CitySquash. Previously, she served as Board Chair of Girls Prep Lower Eastside and was a member of the advisory board of Teach for America New York. Robertson assists with communications and workshops at PAVE Academy, a partner school of CitySquash’s Brooklyn site that was founded by her husband, Spencer. Robertson completed her B.A. at Duke University, worked as a staff writer for the Wall Street Journal, and is a freelance writer, having published articles in The New York Times, Mindful Magazine, and Duke Magazine. The mother of four avid squash players, Robertson leads meditation classes for kids and women, and resides in Brooklyn. Over the past year, she has spearheaded SEA’s efforts to create safe, high-quality, in-person educational and athletic opportunities for students in the pandemic.

“I’ve seen firsthand how transformational the work of SEA programs are and I’m thrilled to be joining the Board,” says Robertson. “Working with the SEA team to help promote squash and academic excellence and bring opportunities to more kids across the country is energizing and exciting.”

“Sarah will be a powerful addition to the Board,” says fellow Director Justin Lungstrum, who chairs SEA’s Nomination & Governance Committee. “She brings a wealth of junior squash experience and insight, and her unmatched energy will be a true asset for the network.”

“The depth of Sarah’s commitment to the SEA network is second to none,” says Tim Wyant. “She is deeply focused on macro questions about how we can strengthen our model and increase our impact. At the same time, she is invested in the experiences of individual students, going above and beyond to support their development and enable them to fulfill their academic and athletic potential.”